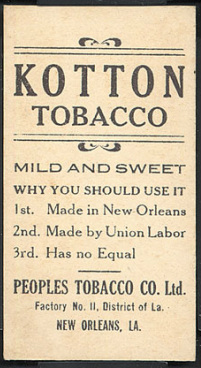 One of the last of several sets that were issued in the New Orleans area during the tobacco era, T216 cards were issued between 1911 and 1916 and are among the few sets to feature players from the Federal League. Like many other sets from the early 20th century, they cause some confusion because they share the same photos and design used in several sets.

In this case, the T216s are similar to E106 American Caramels and D303 General Baking and share many player pictures that also appear in both the E90-1 and E92 sets. The backs are the best way to identify these cards, as the fronts are quite similar. Like many early 20th century sets, the card features a player photo surrounded by a white border. The player's last name, position, team city and league are listed inside the white border below the photo. The backs feature advertisements from one of three brands of cigarettes: most are found with Kotton, but can also have Mino or Virginia Extra backs. All three brands were part of the Peoples' Tobacco Company, which appears at the bottom of the info on the back.

T216 cards can be found with two different stocks. They are either found on cardboard stock or heavy paper. The paper stock is given a slight premium, but is also harder to locate in decent condition.

Since the cards were issued over a period of years, many players are found with variations. These are mostly due to trades or players jumping over to the Federal League in 1914-'15. One major player in the set is Honus Wagner, who famously appeared in very few tobacco-issued sets. He's shown on a total of four different cards in the set.

There have also been some T216's found with blank backs (see examples below). These cards were auctioned off by Goodwin & Co in 2013. They were listed as part of a find that contained cards with Kotton and Mino backs and appear to have been hand cut from a scrap sheet. 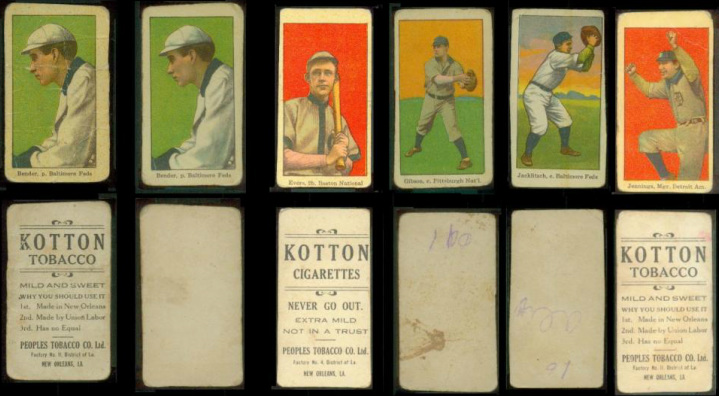 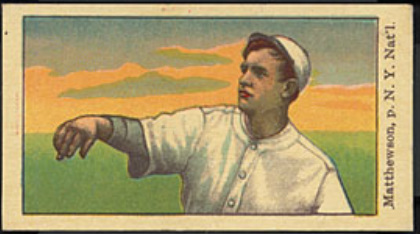 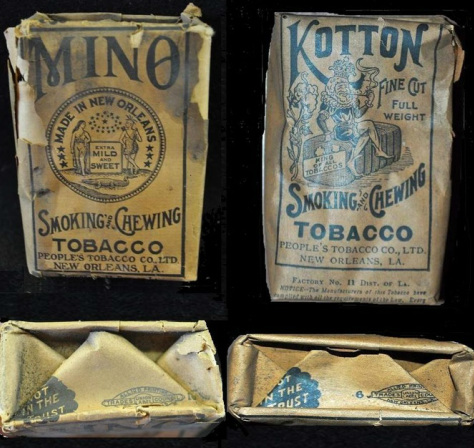 Joeseph Oury (Nov 1864 - Jun 1937): Founded a tobacco business in 1899 that would later become People's Tobacco Co.
Article about Joseph Oury from History of New Orleans, Volume 3 by John Smith Kendall (1922):
1908 Sanborn map showing the location of People's Tobacco Company at 429 Julia Street. As mentioned in the article above, PTC occupied about two-thirds of the property located in the block surrounded by Julia, Magazine, Tchoupitoulas, and Notre Dame streets. 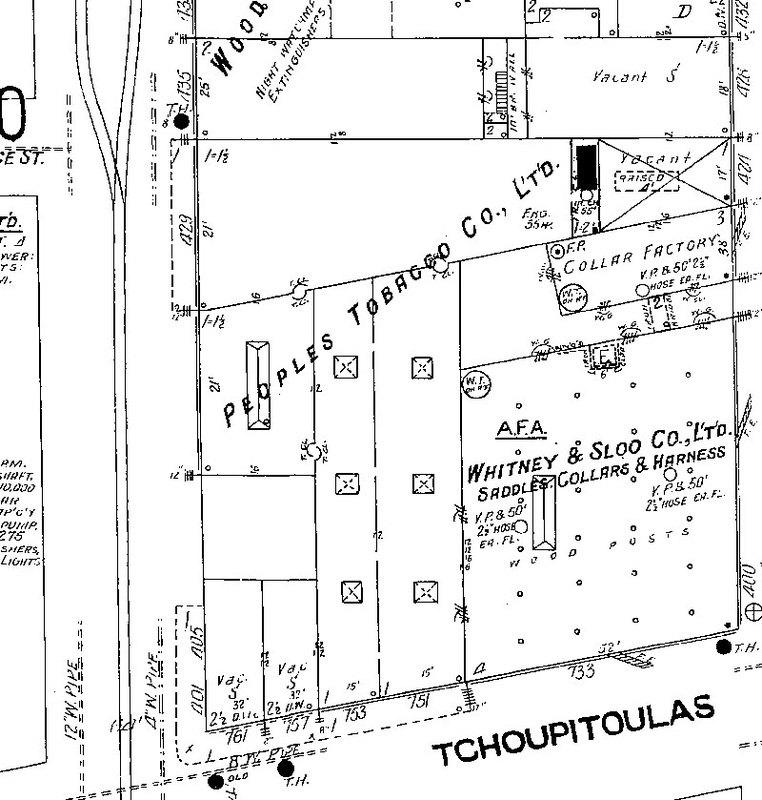 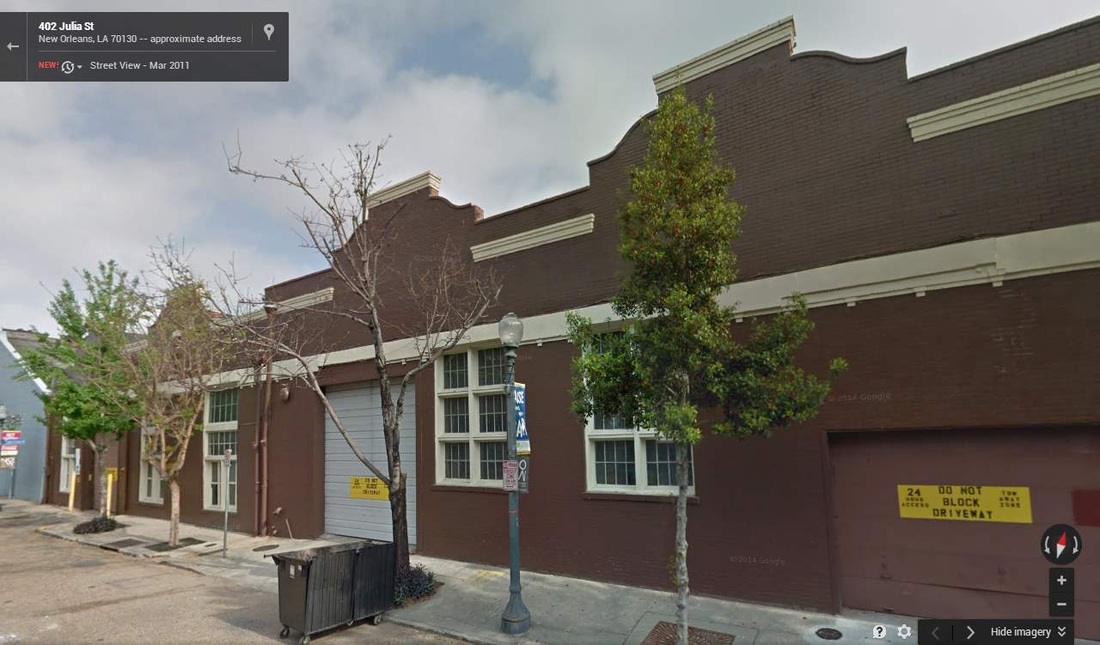