The T207 set was issued by the American Tobacco Company in 1912. This set is a stark contrast to it's predecessors the T205 and T206 sets with their bright colors and full compliment of star players. The T207 set, with it's brown background and lack of color, is also loaded with obscure players. There are 200 different players in the set and six possible backs.

These cards measure the same as earlier T-cards. Unlike most of the others, T207 has a glossy coating on front which tends to crack over time. The backs have the player's name, career bio, and usually an ad for one of several different brands of cigarettes.

factory no. 3 dist. of louisiana 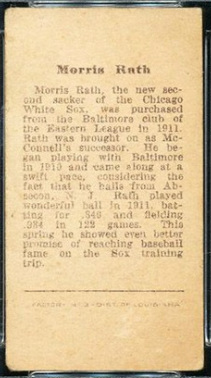 Factory No. 3 Dist. of Louisiana
While most T207s are found with one of five different cigarette brands advertised on the back, there is a less commonly encountered type with no such ad. These cards are known as anonymous backs. Two types are known, one originating from Factory 3 in Louisiana and one from Virginia's Factory 25.


The Louisiana printing leads some collectors to believe that the Anonymous back is a Coupon because all of the T213 Coupons originated from Factory 3 (with the exception of the Factory 8 overprint). The Louisiana Factory 3 cards were believed to be the only back that was common to every card in the T207 set. In VBCB #38 (June 2004), Tim Newcomb offers evidence that not all players with Recruit backs can be found with Anonymous Factory 3 backs. His research suggests that Louisiana Factory 3 produced a small number of cards from both the Broadleaf-Cycle and the second Recruit series, but not from the initial Recruit series cards. 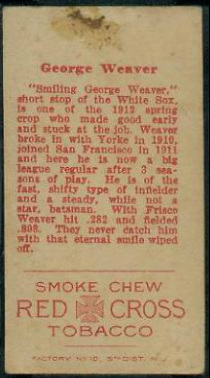 The Red Cross back is the rarest of all T207 backs. According to Lew Lipset's Encyclopedia of Baseball Cards, the first four known examples were discovered in Louisiana in 1983. All four cards came from the same find and all had a small amount of glue residue on the top of the reverses. Sometime after this a low-grade Lange example was found bringing the total number of confirmed Red Cross backs to five. Then in August of 2010, eight more examples showed up in the "Louisiana Find". The five earliest known examples all feature players from Chicago which lead to a theory that the Red Cross backs were Chicago-only. The Louisiana Find put an end to this theory.


Initial group of four found in LA in 1983(?) - all of these had glue residue on top of reverse:
Discovered sometime between "finds":
Group of eight from the "Louisiana Find" of August 2010:
From a small personal collection located in Louisiana (April 2016): 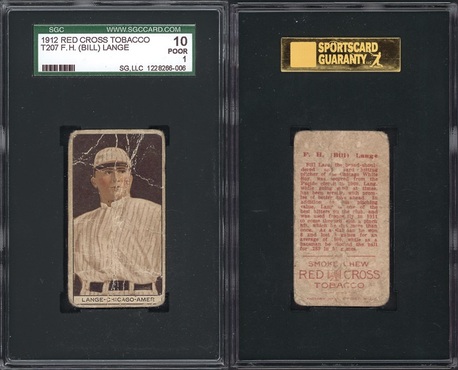 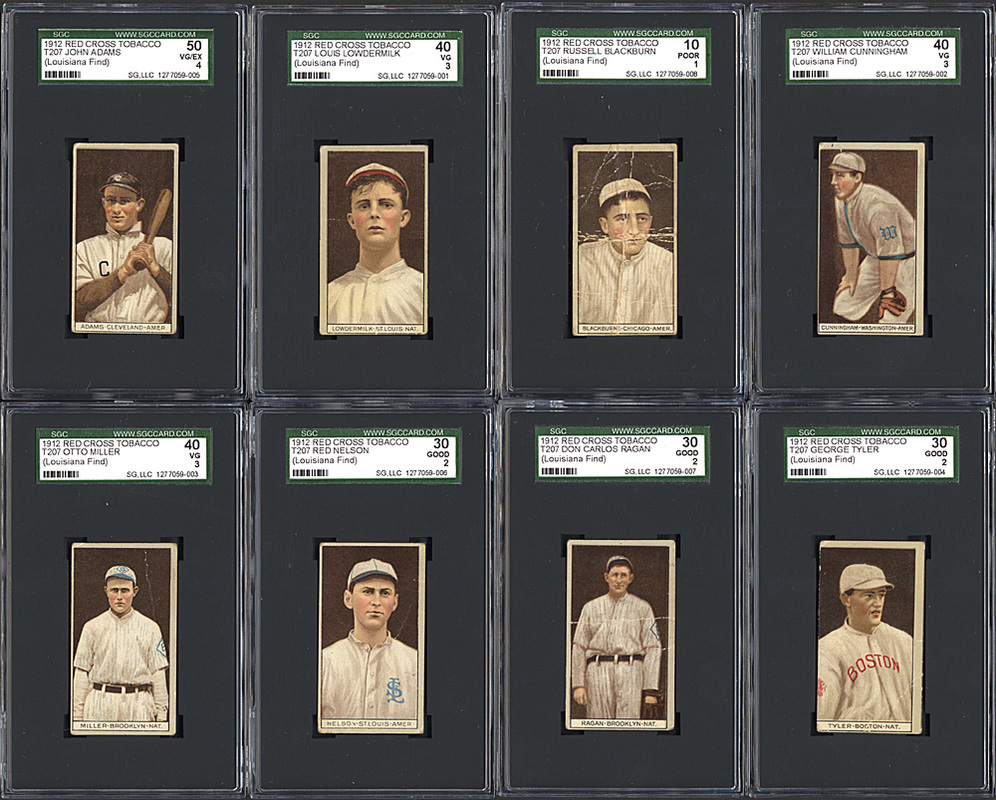 8 cards from the Louisiana Find (fronts) 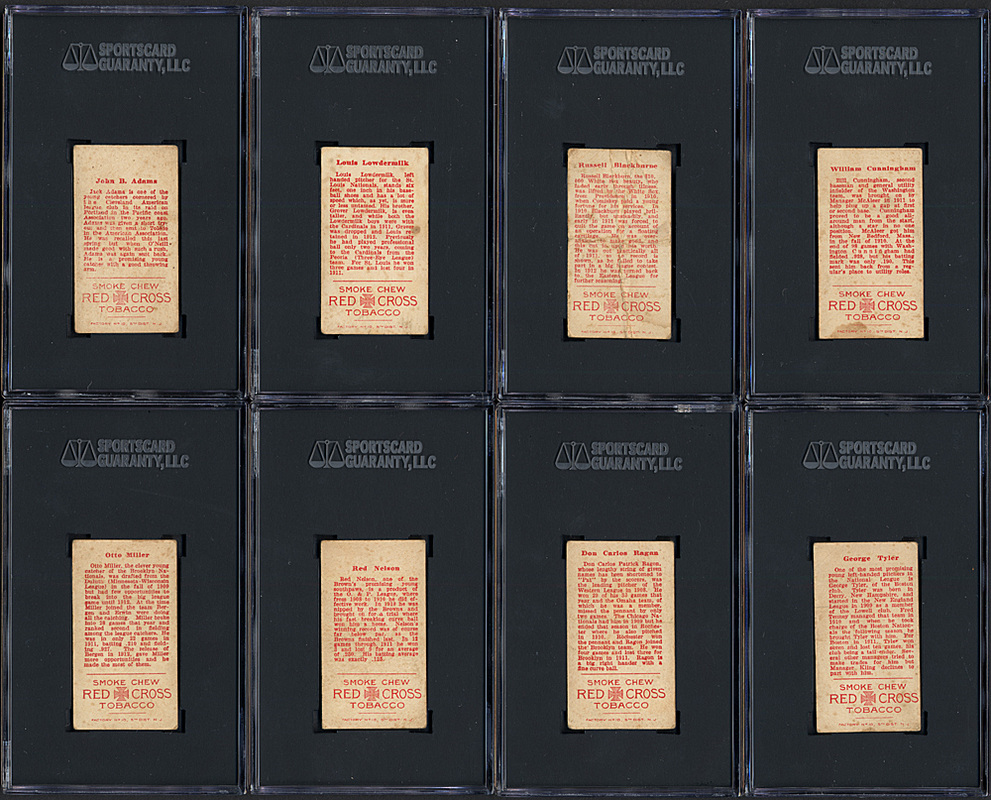 8 cards from the Louisiana Find (backs) 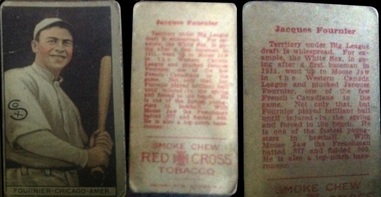